I met Carla van Niekerk at a workshop I was presenting to journalists at Media24.com about how professional writers can use social media platforms to market their content, so it was huge honour when Carla asked if she could interview me about the future of social media in South Africa. Naturally, I said yes! 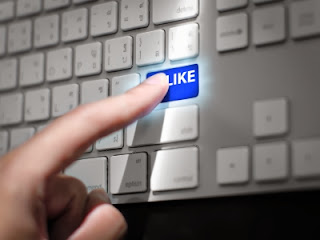 Why do you think there are always some people resisting new communications systems? Do you often find “resisters” during social media courses?

2 From your experience, do you think young people accept new social media applications more readily or do some of them also shun social media? Why is this?

I don’t like to generalise because it varies between the various platforms but the demographics are interesting. For example, the average social media user is 37 years old! That’s probably because while young people gravitate to new technology it’s the older people that can afford the devices. The demographics for Facebook and Twitter indicate an even spread of men and women between the ages of 18-54 while Mxit and Myspace are more popular amongst teenagers. The hottest social media network at the moment, Pinterest, is proving to be disproportionately more popular amongst with women.

3 Do you think it is important for job seekers to have social media skills? And Facebook specifically? Why

Social media skills are especially important for job seekers, whether they are looking to further their career or offer added-value to their employers. LinkedIn is the leading social networking site for professionals but I think it’s equally important to maintain a professional profile on Facebook because it’s the people most closely connected to you who further your career goals. For that reason alone people should share their personal information with discretion, your boss might be interested to learn that you can several languages but less so less so about your hangovers!

4 What do you think are the reasons why some people avoid Facebook?

Time is probably the biggest deterrent for most people because learning how to create a Facebook profile is simple enough but staying connected requires an ongoing commitment updating your news. Fortunately, these are the people who keep me in business!

Privacy is another consideration but most people are satisfied when they learn how to set their privacy settings. On that point I advise people to take responsibility for what they post and who they interact with on Facebook. For example, your address, exact whereabouts, full birth dates or your children’s details- stalkers love that stuff.  Never post anything you’d be embarrassed to share with your mother or boss.

5 Do you think it becomes more difficult to resist it as more and more people join?

Nobody should feel pressured into joining Facebook if they don’t want to. I know some people who have left Facebook because “everyone was on Facebook” but that was Mark Zuckerberg’s goal when he co-founded Facebook. Facebook is a platform for people to share and connect with the important people in their lives. People don’t have to connect on Facebook, but when they do, they can.

Businesses don’t have a choice any more about connecting online with consumers, be it for research, marketing or raising brand awareness. Online advertising is also the most cost-efficient form of advertising that can be targeted towards people based on age, location sex and personal interests.

6 Can you still afford to ignore Facebook – on a personal and professional level?

Nobody can afford to ignore Facebook, on a personal or professional level, because as the world becomes more insular and disconnected we need a platform to reconnect with family, friends and like-minded people.

Professionally we can network with industry peers, promote our businesses, products and services. Businesses should also know that their customers are on Facebook– and they should be connecting with them before their competitors do.

8 Do you think Facebook is a passing fad or here to stay? Why?

My favourite response to people who argue that Facebook is just a fad is to remind them that the Facebook population is about the size of the USA- if they can agree that the USA is just a fad then I would be inclined to agree with them. There are approximately 850 million active users on Facebook, making Facebook only second to Google as the most popular website in the world.

Facebook is also unsurpassed as a business marketing tool as it allows brands to connect informally with consumers. Advertising on Facebook can also deliver better results at a fraction of the price over traditional media.

Facebook has enjoyed phenomenal growth in a relatively short period of time so the signs of “Facebook slowing down” are really a plateauing effect, which is normal in any growth cycle, but I can foresee how people will become more selective about their online connections through social networks. Social networking can be fun but it is also time-consuming so brands will have to stay relevant if they want to maintain that online connection.

9 Did Facebook have any influence on the way people communicate or conduct their relationships? If so, how?

People are posting updates onto Facebook instead of connecting personally. It’s a great way stay in touch with family and friends around the world, even reconnect with people who’ve fallen out of touch, but what we’ve gain in range we’ve lost in depth on Facebook.

There are stories of people meeting, dating and getting married through Facebook; likewise, Facebook has been cited in 20 percent of U.S. divorces. Even if your spouse isn’t monitoring your Facebook activity don’t assume that your boss isn’t, people have been fired for inappropriate Facebook activity or confusing their sick leave for annual leave, like one woman who was fired from her job for using medical leave booked but to travel abroad- and uploaded pictures of her recovering in a swimsuit drinking Pina Coladas!

10 Do you have any advice for people who find social media daunting but want to start using it? Perhaps such as the easiest app to start with?

Getting into Facebook is easier than people think but my best suggestion would be to try everything once so that you know what options are available to you on Facebook, like sharing pictures or finding friends and reading the HELP section.

I like to open every link so I can explore all the options that are available to me but if you’re security conscious then updating your security settings would be one of your first priorities.

Edward Chamberlain-Bell is an Online Social Media Strategist helping businesses with their online marketing, search engine optimisation and email marketing campaigns. He can be contacted at  chamberlainbell.com.